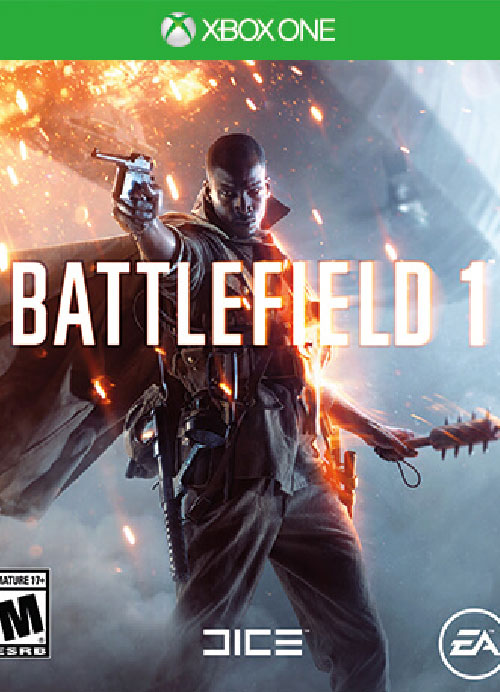 It's war like you've never seen before, in EA's stunning new addition to the Battlefield series, Battlefield 1. The iconic weapons and vehicles of World War I will aid you as you wage war across deserts and countryside villages, through forest labyrinths and luxrious ballrooms, and even in the perilous skies above the battlefield.

Instead of focusing on one character, the single player campaign of Battlefield 1 is presented as an anthology of war stories that span the full breadth of the Great War and the people who fought on its frontlines. You'll cross paths with historic figures, like Lawrence of Arabia, and take part in legendary offensives. And the weapons--you're going to love the weapons. From brutal clubs to the earliest machine guns, Battlefield 1 arms you with a unique and varied arsenal that feels authentic to the time period. There are tanks and bi-planes and battleships--oh my!--to complete this sandbox of destruction.

Did I mention that the multiplayer supports up to 64 players? Now that's what I call war.

Enter the battlefield on October 21st or pre-order the Battlefield 1: Early Enlister Deluxe Edition to get it October 18th!