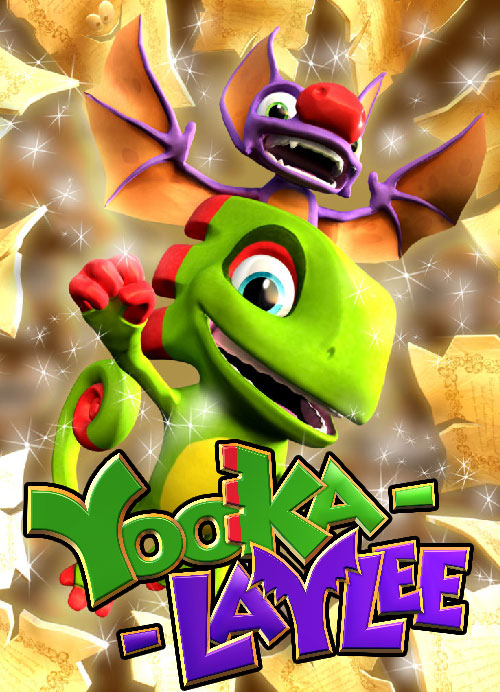 Buddy Up with Yooka-Laylee!

What do you get when you combine a chameleon and a bat? Find out in Yooka-Laylee!

Colorful, chaotic, and chock-full of characters and collectibles, Yooka-Laylee is a new buddy platformer from Playtonic Games. Conceived by the minds who coined the buddy-duo genre with games like Donkey Kong Country and Banjo-Kazooie, Yooka-Laylee raised over $2.5 million from more than 80,000 Kickstarter backers, and it promises to be so much more than a spiritual successor.

Yooka (the chameleon) and Laylee (the bat) are an unlikely pair of heroes, to be sure. However, they’re the only ones who can stop the greedy Capital B and rescue the world’s books from his hostile takeover. Calling on an epic arsenal of special moves and zany friends, team Yooka-Laylee will tackle baddies, puzzles, and corporate buzzwords in their quest to save literacy.

Yooka-Laylee hearkens back to the N64 era, when platforming collectathons were king, with sprawling themed worlds, cartoony characters, and shiny objects hidden everywhere. But don’t worry: this charming adventure is rebooting the genre for today’s gamers with non-linear progression and a slew of new features, including multiplayer! So grab a buddy, and get ready for Yooka-Laylee!

Yooka-Laylee will be available on April 11 for PS4 and XBOX One, and later for the Nintendo Switch. Preorder it today!