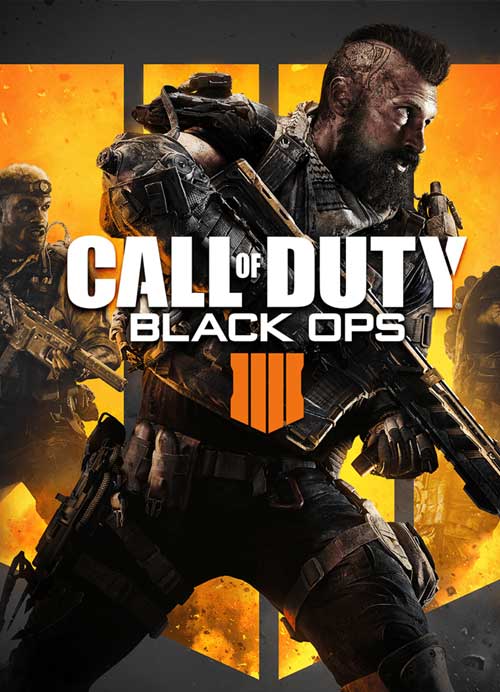 Say what you want about the Call of Duty franchise, but Treyarch knows how to give Black Ops fans what they want, and Call of Duty: Black Ops 4 is no exception. Robust and addictive multiplayer? Check. More zombies than you can shake a thundergun at? Check. A battle royale mode to rival PUBG and Fortnite (and every other game hopping on that bandwagon)? Winner winner, chicken dinner.

Call of Duty: Black Ops IIII eschews the traditional campaign to focus more on the good stuff: a multiplayer experience that will keep players coming back, three completely unique Zombies campaigns that are available at launch, and the battle royale Blackout mode that features returning favorite characters and weapons from previous games. Ten Specialists will be available at launch, including Breacher, Rusher, Healer, Prophet (from Black Ops III) and Nomad (who has a dog now), and new features are incoming like the Fog of War (obscures parts of mini-map) and Guns Still Up mode. Zombies mode features three vastly different experiences: Blood of the Dead sees players fighting their way through (or out of) Alcatraz Prison, Voyage of Despair puts an undead twist on the story of the Titanic, and most curiously, IX takes you to Ancient Rome...but with guns and explosives. Is this an Evil Dead tie-in?

With so much to offer, Call of Duty: Black Ops IIII is poised to be the definitive Black Ops experience. The Blackout Beta received an overwhelmingly positive response, so count on that to be a staple of the Black Ops package in future installments.

Call of Duty: Black Ops 4 launches on October 12, pre-order your copy today and get 25% OFF a pre-played game or movie!