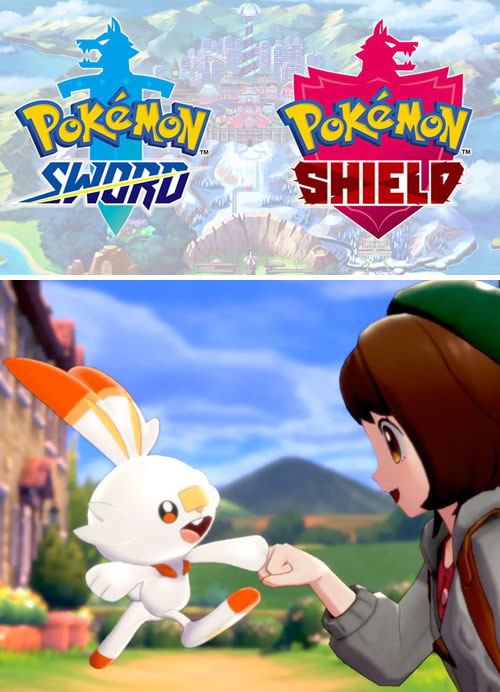 Dynamax and Everything Else Revealed in Today’s Pokemon Direct!

In case you missed it, this morning's Pokemon Sword and Shield Direct gave us a huge glimpse at the Galar region, a release date for the new games, as well as new Pokemon and new mechanics on the Nintendo Switch!

Supersize your Pokemon with the new Dynamax mechanic, a technique you can use once per battle to turn your Pokemon into a colossal titan with super-powered moves! The Dynamax feature is reminiscent of Mega-Evolutions, but much more impressive in practice. Pokemon Gyms in the Galar region will be stadium-sized to accommodate this special style of battle! You'll sometimes even encounter Dynamax Pokemon in the wild for an extra challenge.

Also revealed were Max Raid Battles, a series first, where up to four trainers can team up using the Nintendo Switch WiFi Direct connectivity. These Max Raid Battles, like the Raids in Pokemon Go, will allow a team of trainers to battle against a single powerful Dynamax Pokemon.

In between towns, Pokemon Sword and Shield will feature a large open-world field known as the Wild Area, where you'll encounter different wild Pokemon depending on the weather, time of day, and which part of the region you're in. This is a very exciting update to series, which is typically limited to linear routes that crisscross the region.

Pokemon Sword and Shield will arrive on Nintendo Switch on November 15, 2019! Pre-order your copy today and get 25% OFF a pre-played game or movie!