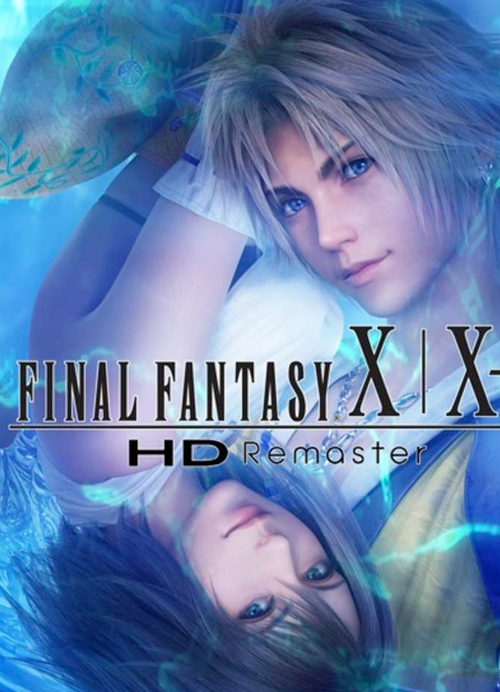 Final Fantasy X/X2 HD remaster is a turn based RPG that was released in North America on the PS3 and PS Vita in 2014 and then on the PS4 in 2015.  Each game has its own story and characters however the stories do follow each other and many of the characters in the first game appear in the 2nd game as well.  The release of this game was especially exciting for North American players due to it being the international version of the game which provided extra content that we did not have in the PS2 release of these games.

Final Fantasy X's story followed the 2 characters Tidus and Yuna. Tidus is the star player of the Zanarkand Abes.  During one of his games Zanarkand is attacked by a monster, later known as Sin, and Tidus is transported to Spira.  After a bit of time Tidus is introduced to Yuna who is a summoner who is training to defeat Sin.  He joins her as one of her guardians in hopes of traveling the world and figuring out a way to get home.  The story continues with the party traveling the world stopping by temples for Yuna to receive a new summon called Aeons at each temple with the final Aeon being the one that will defeat Sin for a period of time.  This leads the group to deal with corrupt and evil world leaders all while trying to find a permanent way to defeat Sin.

Final Fantasy X's leveling was unique to the series with the Sphere Grid.  This allowed any character to learn nearly every ability and spell by the end of the game.  This way the player could more easily take their favorite characters into battle instead of having to choose tactically.  In the event that a particular character had an ability that was needed you could simply switch them out mid combat which allowed even more variety to the battle system.  When I played I had my usual team that I liked to use which were more physical attackers than anything else.  Before I had all the characters learn every ability I would sometimes have to switch in a healer or an attack mage to get the job done.

Final Fantasy X2s story takes place 2 years later.  The story still follows Yuna with Rikku and newcomer Paine.  These 3 are a team called the Gullwings and they search the world for Spheres.  These are just like in the previous game, video recordings.  This can be a profitable and fun job which they seem to enjoy.  That is until a sphere is discovered that has a young man that appears to be Tidus in it.  This of course spurs Yuna into high gear to find him or more spheres for information on him.  We also have 2 new factions that clash with one another throughout the story, the Youth League and New Yevon.  All 3 of these groups are part of the overall story in finding out what is buried beneath Bevelle and is Tidus alive?

One of my favorite things about this game was that they brought back the Job system.  Each of the 3 girls can change jobs from being a white mage to a black mage, to a dark knight, and so on.  This allows for a lot of group customization and the best part is that you can even do this mid battle, with some restraints of course.  With the job system reintroduced the sphere grid way of leveling is gone and replaced with a more traditional way of leveling with some improvements.  I had a lot of fun with this job and level system.  I could play my usual play style of big physical attackers but if I ended up fighting a boss with magical weaknesses it was easy enough to just change jobs during the fight.

Both of these game individually were great to play when they first came out but putting them together and remastering them was incredible.  If you're a fan of the Final Fantasy series I strongly urge you give this remaster duo a try.  Compelling stories that follow one another as well as 2 different battle systems will keep nearly anyone occupied for weeks.