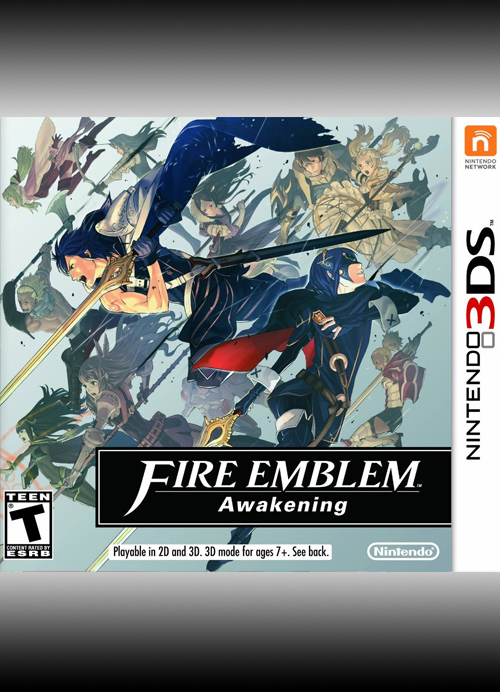 Fire Emblem Awakening was released in North America in 2013 on the 3DS.  I had never played a Fire Emblem game before and I thought it was about time I give one a try.  My favorite types of games are RPGs and turned based especially.  Because Awakening is both of these things I figured I'd enjoy the game.

The game play is pretty straight forward.  You recruit allies to help you complete objectives.  These objectives could be to rescue someone or to eliminate all enemy targets.  Sometimes this isn't as easy as it sounds, many times your team is facing odds 3 to 1 or more which makes it difficult to keep all your units in tip top shape.  This was something I really got into.  I didn't want to steam roll through every fight easily.  I wanted a challenge and during much of the game I got just that.  Fighting against such odds wasn't easy but its a tactics game so strategy is key.  Using the pair up feature and utilizing a variety of classes lead me to victory.

One of the things I remembered vividly about my time playing this game was the street pass feature.  You could preload a team to be street passed into another players game and if they defeated your team or just flat out bought your services.  My team consisted of mostly mage types as they were my preferred style.  During the course of the game I had found several magical weapons that had a very long range attack but did not allow you to use the pair up feature so I had left them just sitting on my characters.  My team got street passed into a friends 3DS and he was interested in taking on my team.  Well my team completely wrecked his team.  With such long range attacks right away I had his team totally wiped out in just a few turns with no casualties.  While I didn't actually gain anything from this, the personal satisfaction was more than enough.
Everything about Fire Emblem Awakening was enjoyable to me from start to finish.  The story was interesting but not over bearing.  The combat and class systems were engaging and I had a lot of fun experimenting with the different class combinations.  I would definitely recommend this game to any fan of the series and especially anyone who is a RPG tactics fan.