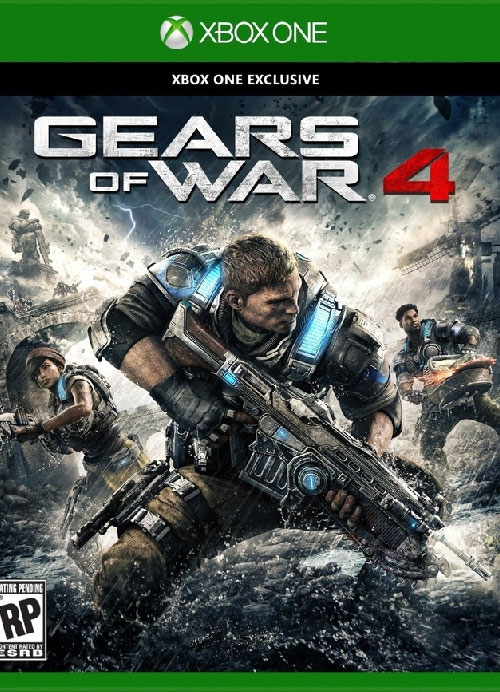 Gears of War 4 is the newest entry in the critically acclaimed Gears of War franchise. Set 25 years after the end of the third game, Gears 4 follows the story of JD Fenix, the son of series veteran Marcus Fenix. The new threat to the humans of Sera is the Swarm, an enemy that rises from the graves of the fallen Locusts. JD and a new group of heroes not only have to deal with the Swarm, but also powerful new “Windflares,” storms that are ravaging what’s left of the once-thriving colonies on Sera.

Along with the brand new campaign, Gears of War 4 brings back the series’ famous versus multiplayer and the fan-favorite Horde mode. Versus multiplayer will now reward players with loot crates, a feature very similar to Overwatch. There is also a new mode called Arms Race, a Gun Game mode where both teams race to get three kills with every weapon the game has to offer. Horde is back, now with a class-based structure. You can choose between five classes in Horde: soldier, sniper, scout, heavy, or engineer. Each class has its own roles and perks, guaranteeing even more variety throughout all 50 waves of Horde.

Gears of War 4 looks to be a great addition to the franchise and the series is in good hands at its new studio, The Coalition. With two separate editions of the game, a limited edition Gears of War 4 Xbox One S Console, and the ability to play all of the previous Gears of War games through backwards compatibility, 2016 is a great time to be a Gears fan.

Our Plan to Re-Open Read More >