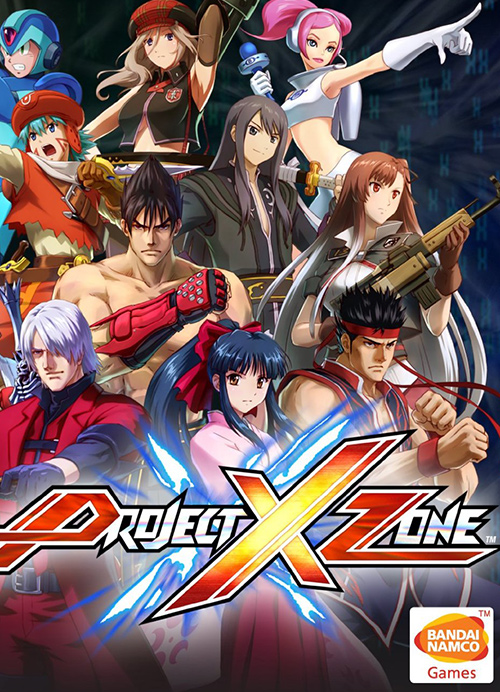 If you judge Project X Zone by its cover, you'll probably draw the same conclusion that I did: it looks like another cookie cutter crossover fighting game, something along the lines of Marvel vs. Capcom. I wrote it off for a long time after it was released, and I nearly missed out on what is now one of my favorite games for the Nintendo 3DS.

Project X Zone is actually a Strategy RPG (SRPG), in the vein of Shining Force or Final Fantasy Tactics, that features a unique blend of turn-based grid battles and fighter-inspired combo attacks. Believe me when I say it's crazy fun. There are over 50 playable characters, from Street Fighter's Ken and Ryu to Mega Man X and Zero, from Dante of Devil May Cry to Dynamite Cop, the not-so-subtle-and-probably-infringing clone of Bruce Willis. It didn't matter that most of the characters were unfamiliar to me; I knew them all pretty well by the end.

Most SRPGs play like animated chess matches, but Project X Zone's engaging battle system requires you to input simple attack combinations and juggle enemies in the air for maximum damage. It's Fire Emblem meets Super Smash Bros, and it works. Although the mechanics get a little complex, there's an easy learning curve--I was still figuring out new things when I was 20 chapters in. And once you discover that special moves trigger epic anime cut scenes, you'll want to use them all the time. There's nothing more satisfying than delivering a ridiculous beatdown that ends with you literally slicing the enemy in half.

I originally picked up Project X Zone to play during my lunch breaks and I ended up diving into it every chance I got. With 41 chapters and a 10-episode prologue, it took me almost 90 hours to complete--there's a lot of dialogue and the chapters get pretty lengthy toward the end--but it held my interest throughout. The gameplay is varied and the chapter objectives change regularly: rescue missions, races, destruction derbies, and even the classic Gain Ground system is revisited. It's challenging and over-the-top, but not overwhelming.

You Should Play It If:

If you enjoy SRPGs or fighting games, if you've played a variety of SEGA/Namco/Capcom games over the years, or if you just like zany unique video games, then Project X Zone is a must-play. It exceeded my expectations, and then some. Start the game now, and you might beat it before Project X Zone 2 arrives in February!