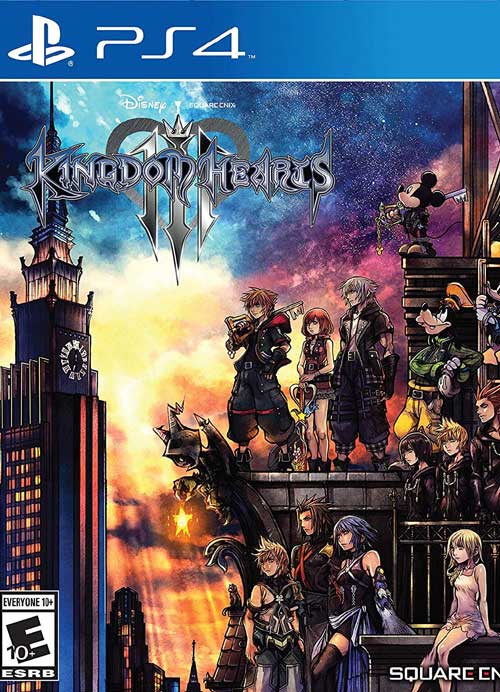 What video game release have you waited the longest for? It's been 13 years since the last main series Kingdom Hearts game, so there's a good chance that Kingdom Hearts III is your answer.

In a quest that has spanned 17 years and almost as many games, including spin-offs, mobile games, a VR experience, and countless decimals that precede the number "3", Sora and his band of Disney/Final Fantasy adventurers have captured the hearts (see what I did there?) of millions of gamers. Kingdom Hearts III promises an epic conclusion to the enigmatic story, and will offer fans the chance to visit new Disney, Pixar, and Marvel worlds, like those that belong to Toy Story, Frozen, and Big Hero 6 (and we can only hope that Star Wars is in there too). After so many years, Kingdom Hearts III has a lot to live up to, but everything we've seen so far suggests that it's going to exceed our expectations. Will the story finally make sense, though? That's anyone's guess.

Join Sora, Goofy, Donald, and King Mickey on the adventure of a lifetime in Kingdom Hearts III, available on PS4 and Xbox One on January 29, 2019. Pre-order today for a 25% OFF coupon towards a pre-played game!

Dynamax and Everything Else Revealed in Today’s Pokemon Direct! Read More >