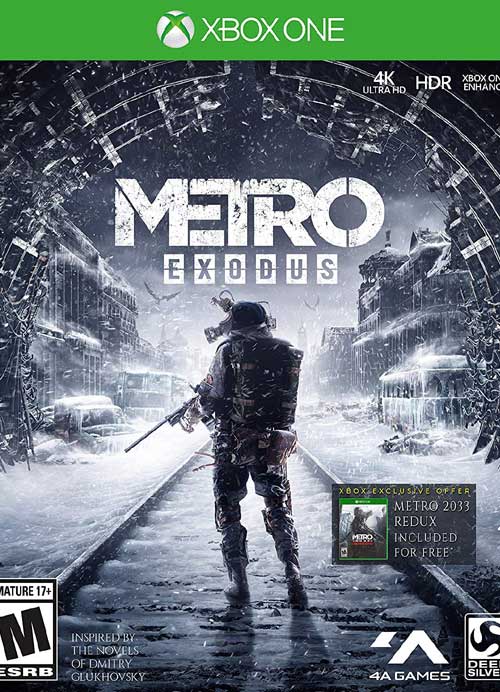 Immerse yourself in a world like no other in Metro Exodus, a story-driven first-person shooter with elements of stealth and survival horror. In this bleak post-apocalyptic world, human survivors have been forced underground by the nuclear fallout and radiation on the surface. Many found a home in the Russian Metro system, which has grown into a network of station-states beneath the ruins of Moscow.

Following the events of Metro 2033 and Metro Last Light, Metro Exodus begins a new chapter in the story as Artyom and a band of Spartan Rangers leave the Metro behind to search for a new home. They will voyage across the Russian wastelands while contending with powerful human factions, dangerous mutants, and paranormal horrors. Metro Exodus encompasses a full year of this adventure: winter, spring, summer, and fall each bring their own changes and hardships.

Prepare yourself; this will be your most perilous journey yet.

Metro Exodus emerges from the tunnels on February 15 for PS4 and XBox One. Pre-order your copy for 25% OFF a pre-played game or movie!

Go TURBO! The Cult Following of the TurboGrafx-16 Read More >