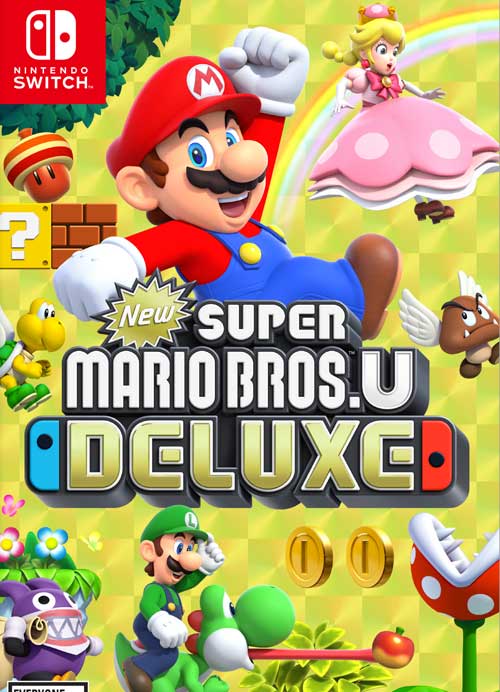 Missed out on New Super Mario Bros. U? That's okay! Now you can experience it fully, and with added content, on the Nintendo Switch! Introducing New Super Mario Bros. U Deluxe (a complicated title if ever there was one) which includes both the original game and the later release, New Super Luigi U, for a total of 164 different Mario platforming challenges!

Journey across the Mushroom Kingdom not once, but twice, in a fun multiplayer adventure for everyone, or go it alone if you're up to the challenge. Mario, Luigi, Toad, and Nabbit all return as playable characters and they're joined by Toadette, who can transform into the already interent-famous Peachette with the new Super Crown item. Will Bowsette make a surprise appearance and become canon? Probably not, but you can still dream!

New Super Mario Bros. U Deluxe brings superior level design, excellent platforming physics, energizing music, and a huge dose of fun to the Nintendo Switch. It was a fantastic game on the Wii U, but it's a perfect fit for the on-the-go Switch gamer.

New Super Mario Bros. U Deluxe spin jumps onto the Nintendo Switch on January 11! Pre-order your copy today and get 25% off a pre-played game!