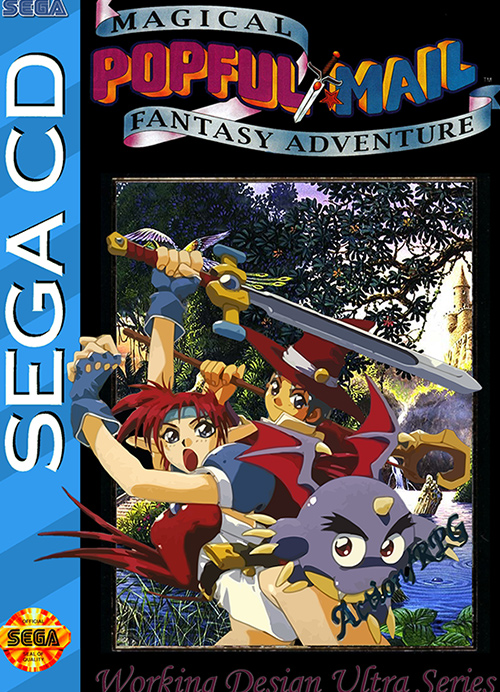 Popful Mail was released in North America on the Sega CD in 1995. It is a 2D platform game with RPG aspects. The game starts off with you playing as Mail who is chasing after Nuts Cracker who continues to elude her. After failing once again she takes up a new bounty for Muttonhead, an evil magician. On her travels she is joined by Tatt the magician, former apprentice of Muttonhead and Gaw a round winged monster. Together they chase after Muttonhead for fame and glory and of course a huge bounty.

What made Popful Mail so special to me was the dialog and story. Not only were there cinematics with voice overs there were also individual conversations throughout the game with voice overs. Most RPGs up to this point were simply text based dialog but with voiceovers there was a whole new excitement throughout the game. You got a real feel for the characters hearing them talk and they each had their own distinct goals and desires. The combat was also quite enjoyable. Each character had up to 5 different weapons and armor that could be obtained for each of them with various effects. You could also switch between characters nearly anytime if one character's health was getting low. I really enjoyed this game, chasing after ridiculous bad guys with hilarious jokes happening frequently, what's not to love?