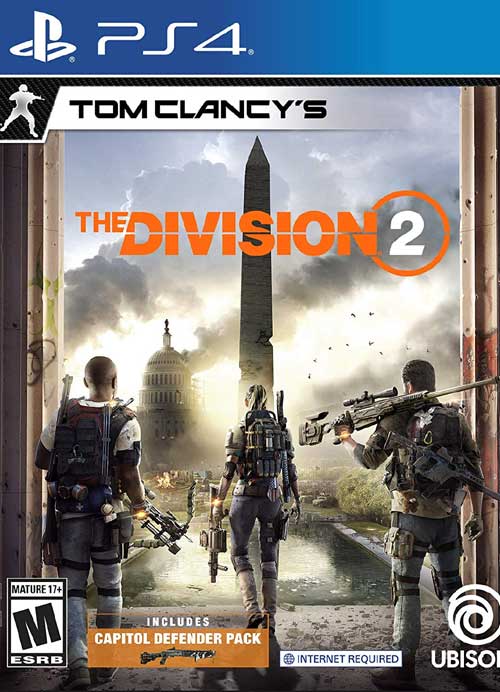 Gear up, gather your squad, and prepare yourself to be America's last line of defense in The Division 2! Tom Clancy's The Division 2 ups the ante in every way, putting you in a 1:1 recreation of Washington, DC in the aftermath of the pandemic that ravaged it previously. Get up close and personal with historic national landmarks, while defending them from the lawless, destructive marauders who threaten the capital. Play with your friends in co-op or against others in PVP as you explore the city, progress your character, and upgrade your arsenal. Dark Zones will return alongside new game modes and a slew of endgame content that will keep you playing The Division 2 way beyond reaching Level 30.

The fate of the nation rests on your shoulders--will you be ready?

The Division 2 arrives on PS4 and XBox One on March 15, pre-order your copy today for 25% OFF a pre-played game or movie!