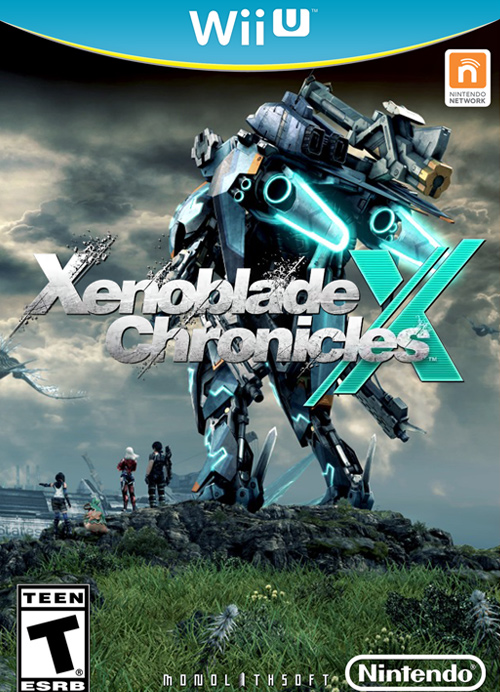 Earth is gone, destroyed by alien attackers, but here’s the good news: you’re not going to miss it. At least, not once you start exploring the breathtaking planet Mira, where the remnants of humanity have crash-landed their colony ship to try and build a new home. That’s the premise of  Xenoblade Chronicles X, an immersive sci-fi epic with some of the most beautiful alien scenery this side of the Milky Way and a soundtrack so far out that SETI probably had trouble detecting it. Also, totally badass giant robots.

The Wii U’s Xenoblade Chronicles X plays like an MMO, despite being a single-player game that doesn’t require you to be online (kind of like the .hack games, I suppose). You travel with a rotating party of NPCs, including other players’ characters that you can recruit, searching for survivors and fighting for your life against towering indigenous aliens (indigens) that could crush you beneath their feet. The battle system is a hybrid of action and turn-based combat; basic attacks are automatically executed while you control your position and trigger special moves (Arts). These mechanics should be familiar to anyone who played the first Xenoblade Chronicles on the Nintendo 3DS or Wii. For beginners, just run circles around your opponents while using special attacks.

When you’re not sightseeing just for the joy of it, there are countless side quests to familiarize yourself with your fellow survivors and to guide your exploration of Mira. Some of the fetch quests are repetitive, but they’re really just an excuse to go out and see something new. The planet feels alive, teeming with unique lifeforms—some treacherous, others harmless—across vast and imaginative landscapes. Even once you obtain your Skell license and can tear through enemies with a transforming battle mech, the world is still enormous…and you’re gonna use a lot of fuel to transverse it.

With so much to learn and master, I’m still getting the hang of Xenoblade Chronicles X, but so far it’s one of the biggest experiences available on the Wii U. It’s gorgeous, it’s fun, it’s larger than life, and you’ll never have to schedule a raid.