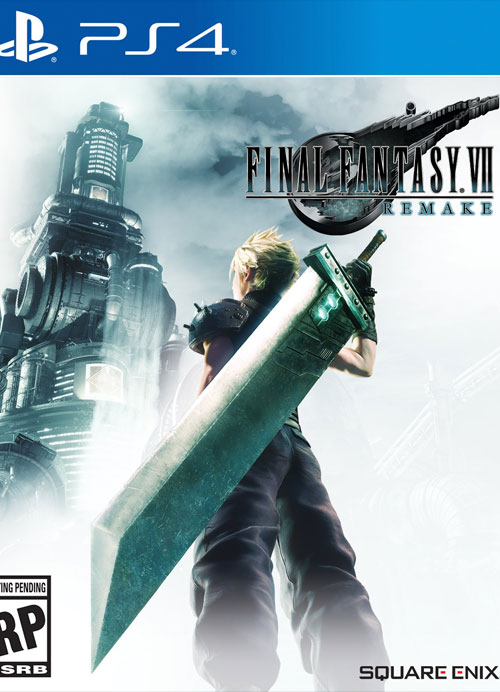 Some things never change, some things do. The way Final Fantasy VII made us feel in 1997, as a groundbreaking epic JRPG unlike anything we'd played before--that will never change. But booting it up today on the PlayStation... well, time has not been kind to polygon graphics from the 90s. It's still a phenomenal game, but good luck convincing kids to play that instead of this week's battle royale game.

The good news is that Final Fantasy VII Remake is finally, FINALLY almost here! Officially announced in 2015, FFVII Remake has been building anticipation for 5 years (Kingdom Hearts fans are probably rolling their eyes at such a short wait) and is finally due to arrive on April 10, 2020. And although we know it's being broken up into multiple games (and we don't know how many), that shouldn't be upsetting. Yes, it means more waiting, but it also means more time we get to spend with Cloud, Barret, Tifa, and Aerith (especially Aerith!). Final Fantasy VII managed to fit a remarkable amount of plot and characterization into 3 discs, and Square Enix's biggest fear in remaking it was always that they would have to cut content from the original to make it work. By expanding it into more than one game, they get to flesh out the world in new detail instead of making sacrifices, and they have the original director, designer, and writer guiding the development.

Remaking a beloved classic is still a huge challenge, especially after more than 20 years have passed since the original game. Not only are they contending with rebuilding the game from the ground up, but with a shifted social climate, decades of gameplay evolution, and the expectations of fans who grew up loving Final Fantasy VII. Changing the game at all is going to step on the toes of some fans' nostalgia, but maybe that's okay if it brings Final Fantasy VII to a new generation of gamers. The screenshots certainly look gorgeous and the early reports are glowing. Will Final Fantasy VII Remake make us feel the way we did when we first played the original? Only time will tell...but we can't wait to find out!

Final Fantasy VII omnislashes its way onto the PlayStation 4 on April 10, 2020. Preorder your copy today and get 25% OFF a pre-played game or movie!