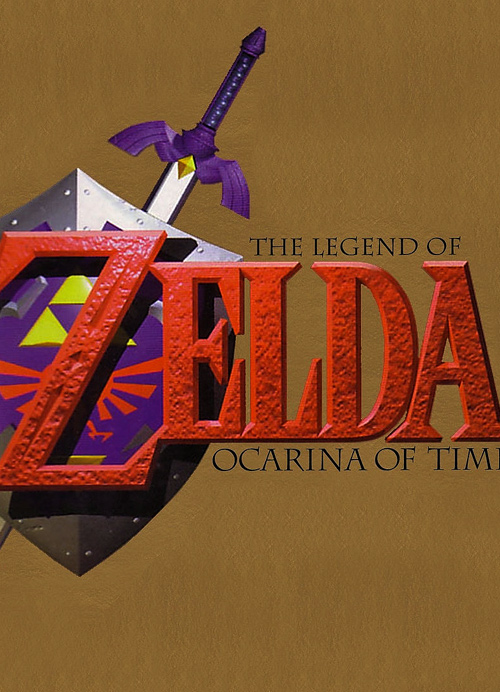 The Legend of Zelda: Ocarina of Time Collector’s Edition

Ocarina of Time is a game I know like the back of Link’s Triforce-emblazoned hand. It was my first Zelda game and I played it like it would be the last. My family couldn’t afford to get new games very often, so I would play through the games I had over and over until the replay value ran out—which was never, in this case. I explored every corner looking for secrets and challenged myself to speed runs against my own best times; I was completely immersed in Link’s Hyrule.

Now, if you know anything about Zelda games, you’re probably aware that there are gold versions of most of the cartridges, the exception being A Link to the Past for SNES. The Ocarina of Time gold cartridge was a special Collector’s Edition only available to the gamers who pre-ordered it, which led to record-breaking pre-order sales. It came in a shiny gold box and included a poster, a map, stickers, and other bonuses, plus it made you the coolest person at school. At least, I’m assuming—I only had the regular grey cartridge.

Several months ago, I spotted a gold cartridge Ocarina of Time at Just Press Play, and I decided that it was time. Although I cherished the copy I grew up with, which had seen many, many completed save files over the years, I traded my grey for gold and I don’t regret it. The parting was bittersweet, but I know Link and Zelda would have understood. Link never thought twice about trading his Kokiri Sword for the Master Sword or, appropriately, the Master Sword for the Golden Sword in A Link to the Past. In any case, the gold cartridge had a silver lining: three empty save files. A blank slate and a pretty compelling reason to play through it again.

Last week I completed one of those save files (all pieces of heart, all 100 Gold Skulltulas) and it was just like old times. The same excitement, the same sense of adventure, the same disappointment when you track down 100 Skulltulas and all you get is a frickin’ gold rupee (the game isn’t perfect, okay?). The only real difference was that Ganondorf’s blood was red instead of green (it was changed in later printings) and that doesn’t really impact my nostalgia.

The Legend of Zelda: Ocarina of Time is truly a game for the ages and everyone should try it. And if you ever spot a gold cartridge—don’t hesitate. It’ll be your own personal golden Triforce.