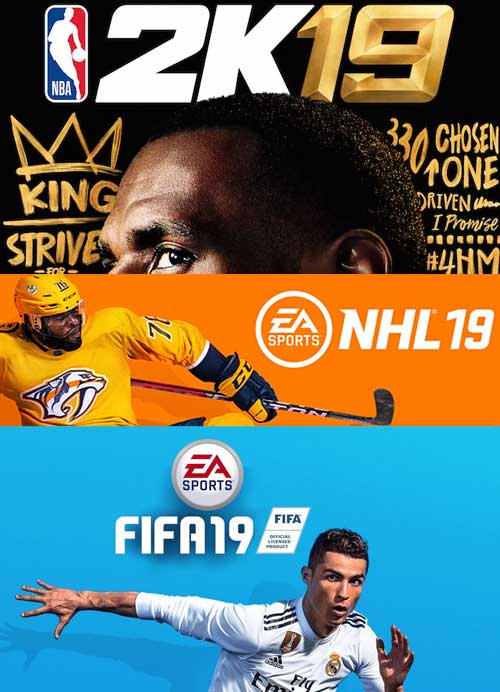 It's finally September, and you know what that means! NBA, NHL, and FIFA return to home consoles!

Get your team together for NBA 2K19 on September 11 (or September 7 if you pre-order the NBA 2K19 Anniversary Edition!) where you can rule the court with new features like the Takeover system, or take it to the streets in the immersive open-world Neighborhood. Here's a glimpse of NBA 2K19 in action:

Next, hit the ice in NHL 19 on September 14 (or September 11 if you pre-order the NHL 19 Legends Edition)! Introducing outdoor rinks in the World of CHEL (that's short for NHL--say it out loud), you can progress your custom character from the ponds to the pros, or try your skill in the new NHL ONES (1v1v1) or Pro-Am modes. Hundreds of hockey legends return in NHL 19, including Wayne Gretzky himself! Here's a preview of NHL 19:

Finally, take the field in FIFA 19 on September 28 (or September 25 if you pre-order the FIFA 19 Champions Edition)! Now including the UEFA Champions League, which is seamlessly integrated throughout every mode and puts a fresh twist on classic FIFA gameplay. Kick-off mode is finally getting a variety of updates that players will welcome, and you'll also have the ability to train your players' strength and stamina, customize your manager, and host press conferences. Check out the official story trailer for FIFA 19: