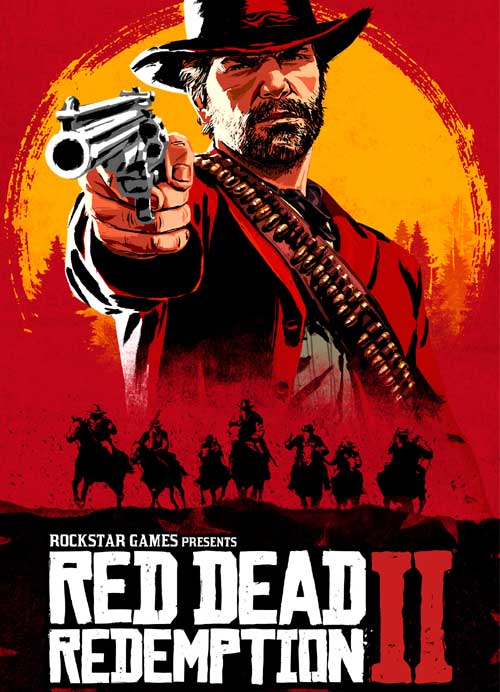 We've waited a long time for Red Dead Redemption II to take us back into Rockstar Games' rendition of the Wild West, but that train is finally rolling into the station on October 26. Saddle up as Arthur Morgan, an outlaw with blood on his hands and mud on his boots, who rides with the Van der Linde gang in a story set 12 years before the first Red Dead Redemption. He'll cross paths with familiar characters like John Marston and Dutch Van der Linde, in a whole new adventure that adds depth to the events of the original game.

There's so much to do in this expansive open-world Cowboy Simulator, from hunting and fishing (with over 200 species of wildlife, each with unique behaviors, forming an incredible complex eco-system!), to base-building with your camp of outlaws (try bonding with them over a game of poker or Five Finger Fillet), to growing your hair and beard in real-time (the true sign of a next-gen game). But let's talk about the real focus of Red Dead Redemption II: the bond between a man and his horse. In RDR2, there are 19 breeds of horse, 59 coat varieties, customizable tack options, and your horse acts as both your inventory and your constant companion. As you ride across America on your trusty steed, galloping through the dustbowl or cantering between the redwoods, you'll forget about those pesky story missions and side quests, because your horse needs to be groomed or customized.

The world of Red Dead Redemption 2 is immersive and feels real. You'll have to live off the land, tend to your weapons, dress for the weather, and aim for clean kills if you want to eat well. Come November, Red Dead Online will be available in Beta so you can populate the world with up to 32 players in narrative, cooperative, and competitive modes. It'll be a Western experience like no other!

Red Dead Redemption II hits the trail on October 26th. You can pre-order your copy today at any Just Press Play location, and we'll give you a 25% OFF coupon for a pre-played game or DVD!