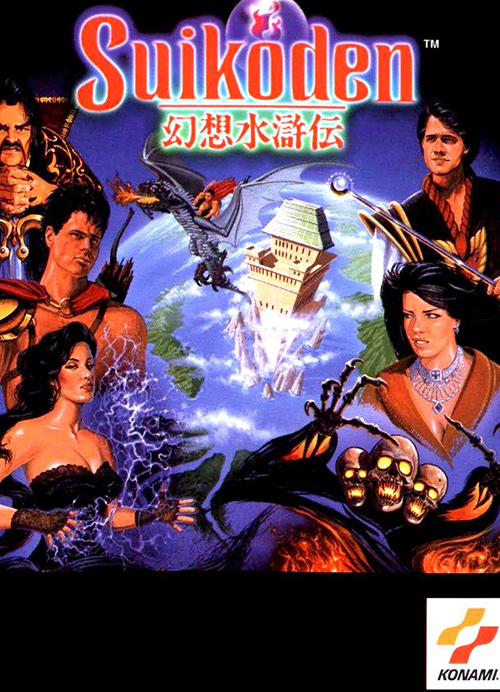 Suikoden's first installment was on the Playstation 1 and was released in 1996 in North America. Suikoden is an RPG that is a top down play style with turn based combat with an impressive 108 recruitable characters. The unique combat system of this rpg was the unite ability which allows 2 or more characters to forgo their action and do a combined attack for different effects. The story revolves around the main character "Hero" who is the son of a general in the Scarlet Moon Empire. He is destined to seek out the 108 stars of destiny. Throughout the game the hero discovers corruption within the empire and has to stand against the empire to bring peace to his country. He forms the Liberation army with a group of rebels and begins to find the 108 stars of destiny. Battles are fought in traditional RPG turn based combat but also full scale army vs army battles occasionally throughout the game.

Suikoden was one of the first RPGs I played and I was just amazed. Most RPGs have a dozen or less characters to recruit but Suikoden had 108! That meant a lot of legwork but each recruit made my castle and army bigger and better. My favorite part of the game was the combat system's unite ability. Deciding which characters to take into battle was crucial. Do I want a group that can do lots of area of effect attacks or do I want single target attacks with a high damage multiplier? With so many options there is something for everyone.