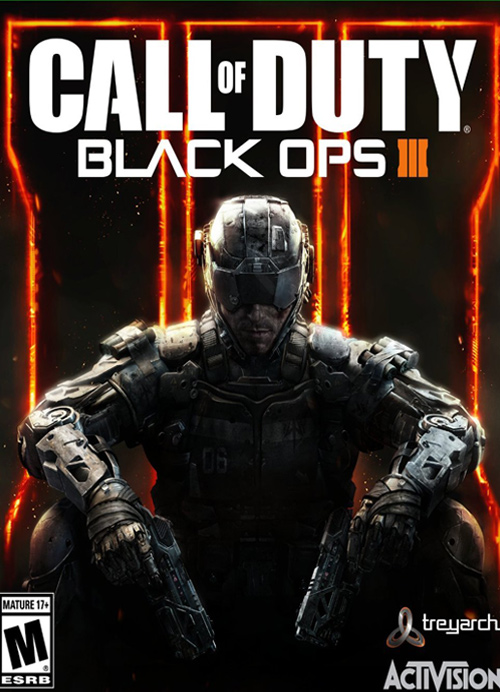 I know there have been mixed reviews but I believe Activision and Treyarch did an amazing job creating Black Ops 3. They brought a little of the old and added some new features that really make it one of a kind. Now, I'm not big into Multiplayer or Campaign but I have played them a bunch of times. The campaign was very action packed and super futuristic which I still have mixed feelings about. I mean I completed the story but I probably won't play through it again. There's not much different in my eyes as for Multiplayer: Different characters to choose, classes, Core, Hardcore, guns, prestige options, TDM, Dom, Capture the Flag, Gun Game, Search and etc ... but three of the best things they have added = awesome sauce. 1) You have the ability to run on the walls (thankfully they got rid of the ridiculous exo jumping from AW), 2) They brought back the ACR from MW3 which is now called the ICR (Best gun in my opinion, second would be the Vesper) and 3) there are specialists to choose and unlock that have different abilities to improve your gaming. Yay! But honestly I'm more of a huge zombies fan, and I am obsessed with Zombies, Nightmares and Dead Ops 2! So here are my thoughts ... 3... 2...1... Go!

Zombies: I love that they incorporated everything that we've learned from zombies so far. There are the good old perk machines that have new music for the time period (Quick Revive, Double Tap, Juggernaut, Speed Cola, Mule-Kick, Stamin-up) and they have introduced a new perk Widow's Wine (4000 points sooooo worth it)!! The good old wall guns and mystery box are still around, just look to the sky for the light. They brought the zombies shield back to help you out, W00T! There are some new features like the Civil Protector that if you find the fuses he gets in on the action by killing or reviving teammates. There's the "Beast Mode" that you can use to shoot electricity to power doors (like "Ghost Mode" from BO2: Mob of the Dead). One word... Grappling; You can use the new "Beast Mode" to unlock rooms and open crates for the rituals to eventually open Pack a Punch.  Love the graphics, love that it's challenging, the characters are life like in design layout of the areas, and overall such an upgrade with the zombies. Kudos to those all who were involved with the game development.

Dead Ops Arcade 2: Wow... once I found out about this I had to find it! It is awesome, you unlock it after you get to the computer once you unlock the "safe house" in the campaign. It's been upgraded, new rooms added, exploding cattle with prizes inside, new modes within the game like Monster Truck Derby race, and the best thing since sliced bread ... FIRST PERSON in Dead Ops 2! Try it out! Sometimes the perk when used totally throws you off but once you get used to the adjustment it's great and super cool! It's wicked fun and my friends and I have been having a blast with it. It's a good stress reliever when you wanna take a break from long zombie matches and multiplayer spawn camping lol. There is a zombies mode called Nightmares that is a new mode: it's the good old zombies running at you from every direction but with a storyline and multiplayer feel to it... So zombies campaign. It's super fun with friends and very challenging. Now I kinda feel terrible for those new zombie goers because it's really hard for those who have never played zombies before. That's one thing that is really frustrating to me because my new friends are struggling to keep up. It's almost like you have to be a zombie master (like myself) or takes a lot of dying, losing perks, and going down ... Which can be super frustrating. So grab your friends, make sure you are patient till you learn the new maps and buttons and soon you'll be having a blast killing zombies or other players on Multiplayer!

Game on my friends!