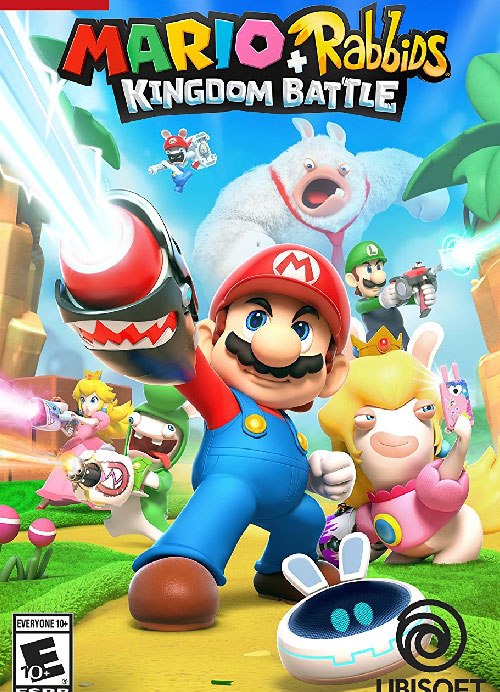 Possibly the strangest title arriving this summer is Mario+Rabbids: Kingdom Battle, a tactical RPG starring Mario and friends alongside the zany Rabbids of Rayman fame. Crossovers may often come across as uninspired cashgrabs, but far be it from Nintendo to follow that formula; Kingdom Battle looks like a delightfully fun romp through the Mushroom Kingdom's battlefields. The Minions--I mean, the Rabbids--play over-the-top caricatures of Mario, Luigi, Peach, and their allies, but their silliness is counter-balanced by the "real" heroes. It's a recipe that might just work.

Mario is no stranger to RPGs, having previously appeared in the Paper Mario series, the Mario & Luigi series, and of course Super Mario RPG, however this is his first foray into the Tactical sub-genre. Kingdom Battle could very well become the Fire Emblem or Final Fantasy Tactics of this generation, introducing young gamers to a genre they weren't aware of. I just hope it's as fast-paced and fun as it looks!

Mario + Rabbids: Kingdom Battle will arrive by warp pipe to the Nintendo Switch on August 29, so pre-order your copy today!