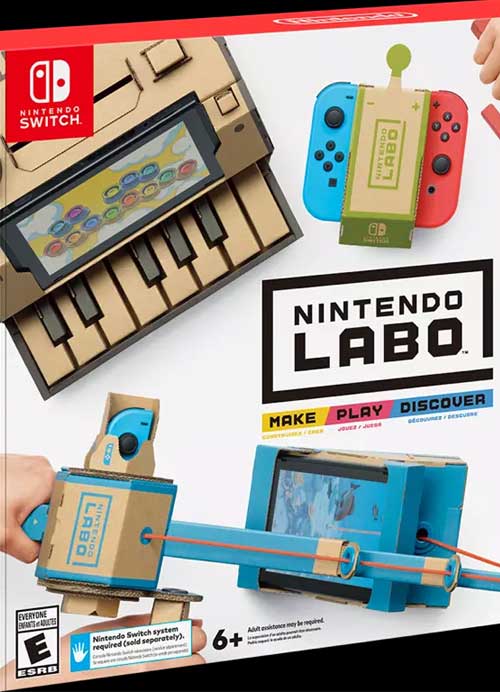 Who else but Nintendo would take their hottest, best-selling video game console, and combine it with actual cardboard for a toys-to-life augmented reality game? Virtual reality isn't good enough for Nintendo Labo--no, the makers of Mario had to one-up the competition by introducing Cardboard Reality through a collection of imaginative, crafty games...and a cardboard mech suit that lets you feel like a giant robot. Nintendo Labo is a bizarre idea, but so was a Mario/Rabbids crossover Tactical RPG, so was a Donkey Kong game with bongo controllers, so was a collection of 5-second games curated by Wario. It's exciting when Nintendo gets weird and does something no one expected, and the hype for Nintendo Labo is just the latest example.

Build a working cardboard keyboard? Music to my ears.