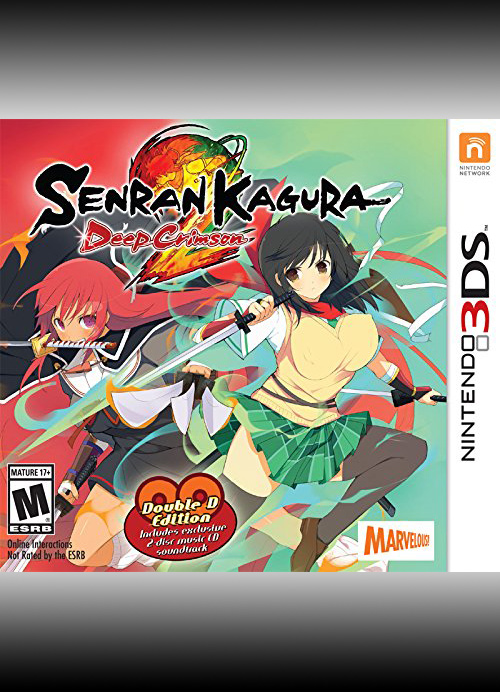 Senran Kagura 2: Deep Crimson is a 2.5D beat-em-up game, with the essence of a JRPG, that is a direct sequel to Senran Kagura Burst.  The plot primarily focuses on the good shinobi heroines of Hanzo National Academy and their rival evil shinobi anti-heroines of the newly formed Homura Crimson Squad.  The story picks up immediately after the events of its predecessor, Senran Kagura Burst.  The game’s villain, Dogen, is utilizing the power of the Yoma to wreak havoc on Japan and the rival shinobi clans must put aside their differences in order to stop him.

The gameplay of the game is more like the battle system of its predecessor and Onechanbara Z2: Chaos (another similar styled game by the same company XSEED) which focuses on a high octane melee weapon hack and slash bonanza full of ridiculous chain combos and fast paced maneuvering.  The interesting change that Deep Crimson brings is the introduction of the pair battle system, in which the player can swap between two characters anytime during a battle and use special pair ninja arts.  The series’ signature clothes-ripping mechanic also returns, however, this time things get a little more risqué as the breast physics and clothing destruction mechanics are improved.

The game features both local and online co-op play, while the dialogue is spoken in Japanese with English subtitles.  With tons of content in the form of missions, side missions, special missions, and a time well spent leveling system, Senran Kagura 2: Deep Crimson is a joy to play while also adding hilarious fan service and Japanese humor to the mix making a very fulfilling handheld experience.  If you’re a fan of Onechanbara or merely a fan of button mashing, hack and slash, and combo madness then I would definitely recommend this game to you.  After playing through the entirety of the game and all of its extra content I score Senran Kagura 2: Deep Crimson at a 4/5.