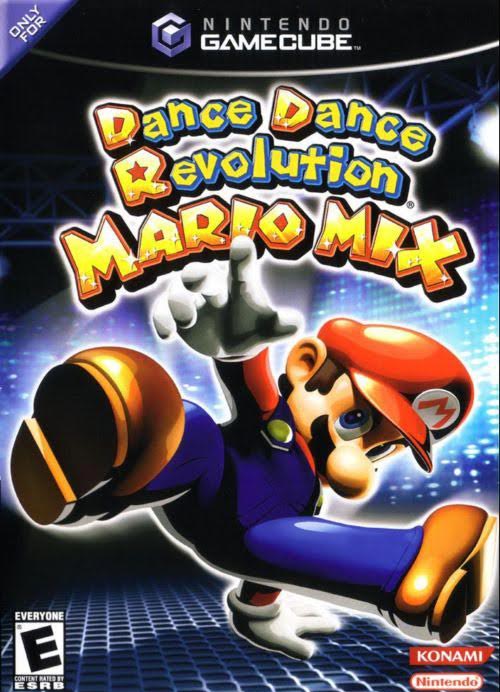 Step To It!  Dance Dance Revolution

Nearly a decade before Rock Band hit the stage and families fell for (or off) the Wii Balance Board, Dance Dance Revolution was the premier method for standing up to play a video game.  Originally released as an arcade game in 1998, its success led to a home version for Playstation one year later. The game utilized a dance mat that functioned as a giant D-pad, typically with extra buttons in the corners for Select and Cancel.

The original game had three difficulties per song, each ranging from one to ten feet.  Yes, feet.  This was more important than the difficulty level itself, because not all songs are created equal.  Appropriately-titled songs  like Paranoia, Chaos, and Max 300 are not easy on Easy and often change speed in the middle.  Oh yeah, and these choices are usually written in a scary stop sign red.  Still, the feeling of finally winning these ‘boss battles’ is worth the step mania.

In typical Japanese fashion, the home versions of these games also include some bizarre features.  There are minigames where you feed cats or shake coconut trees.  You can have a character on the screen that will dance better when you step better.  Behind the arrows, the background animations include a robot with a telephone head, cartoon Beethoven, and trippy kaleidoscope sessions with relevant English words inserted like “potato.”

Of all the mixes, I definitely favor the earlier versions, such as DDR MAX and DDR Extreme.  These are the games I played for hours with my friends, grooving to the J-pop of that era.  If you’re newer to the dance, you may want to start with one of the more recent versions, like DDR II, since there will be more familiar American pop songs to help you fall into step. There’s even a DDR Mario Mix for Nintendo junkies!

Dance Dance Revolution is a game best fumbled through among friends who will cheer you on no matter how many arrows you miss.  Don’t give up!  The more you play, the better you will become, since there is hardly any natural skill involved.  Dance Dance Revolution is as much like dancing as Guitar Hero is like playing the guitar.  Keep trying, enjoy the music, and above all...have fun!

(Side effects may include weight loss, random jumping, singing songs in foreign languages, and phantom arrows when you close your eyes.)