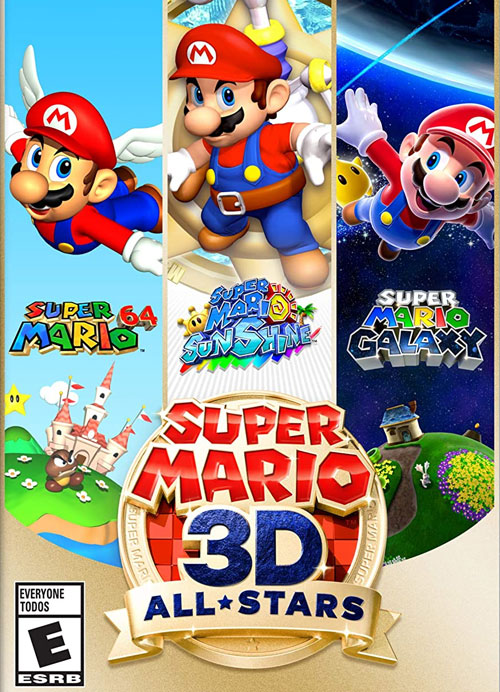 Nintendo is celebrating the 35th anniversary of the Super Mario series with video games, merchandise, an Augmented Reality Mario Kart for your living room, and more, but the most exciting announcement they made was the imminent release of Super Mario 3D All-Stars: a star-studded collection that features Super Mario 64, Super Mario Sunshine, and Super Mario Galaxy for the Nintendo Switch. Fans were over the moon (or over the Moon Kingdom?) with delight to see the return of such iconic Super Mario games, two of which haven't seen any form of re-release prior to this collection. For all the love that Nintendo shows to 2D Super Mario games, the beloved Italian plumber's adventures in the third dimension are only occasionally acknowledged - a Nintendo DS port of Super Mario 64 and a polygon costume in Super Mario Odyssey come to mind.

In 1996, Super Mario 64 re-invented the franchise and pioneered the 3D platforming genre. It introduced camera controls, wall jumps, Metal Mario, penguin murder, and so much more--it's hard to overstate the impact of SM64 when its influence is still present in today's games. The GameCube's Super Mario Sunshine built on its predecessor with a larger, livelier overworld and a graphical overhaul that was a huge step up from the N64's blocky sprites. It introduced Bowser Jr. and the water-spewing FLUDD (which lives on in Super Smash Bros.), as well as bringing Yoshi back as more than a cameo. Finally, Super Mario Galaxy launched our red-capped hero into space, where he met Rosalinda and the Lumas, transformed into a Bee and a Boo, and navigated planetoids with varying gravity.

Each of these games is an important contribution to Mario's history--they took risks and pushed the series into new territory with great success. If you haven't played these games before, you owe it to yourself to try them now. But take note, Nintendo says this collection will only be available for a limited time, until March 2021. Don't wait!

Super Mario 3D All-Stars debuts on the Nintendo Switch on September 18th, 2020. Pre-order your copy today and get 25% OFF a pre-played game or movie!