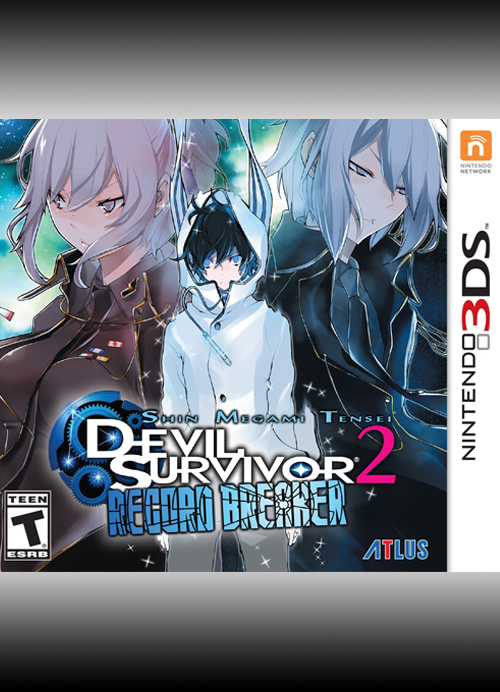 The story focuses on Japanese high school students who unwittingly get wrapped up into a global fight with otherworldly entities that are invading and destroying the country. They must rely on a mysterious demon summoning app, called Nicaea, on their phones to help combat these god-like beings along with other demons that are roaming wild. Ultimately the plot may unfold differently depending on the player’s choices at specific points in the game enabling multiple playthroughs, new cutscenes, new character interactions, and different endings with every new game played giving you much incentive to replay the game several times over; I myself did so at least 3 times.

The gameplay is much like its predecessor as a tactical-role-playing game (much like Fire Emblem, Valkyria Chronicles, etc…) involving the player controlling several demon tamers (usually up to 3 characters simultaneously) in their fights against different enemies and gaining new skills and leveling up in the process. This entry in the series adds a new fate system mechanic where the player can relate with other characters as well as enable upgradeable racial skills to better enhance your characters for combat against specific attacks and enemy classes.

The game however, can prove to be quite difficult even on the game’s easiest difficulty, but veterans of TJRPGs like myself should still enjoy the challenge and overcoming some of the game’s arduous battles (especially the later boss fights) and the rewards that follow victories. The game is a full localization so all voice over work is redone in English adding some comedy and more emotion than previous entries that did not feature audible language along with the written text. With that all said and done, I found this game to be a very memorable experience and would give it a 5/5. Just my first playthrough alone compiled almost 100+hrs and that’s not including the several other playthroughs I completed after. I highly recommend it to fans of more tactical turn based RPGs that really push skill and the player’s ability to act and react on the fly to increasingly tough situations.