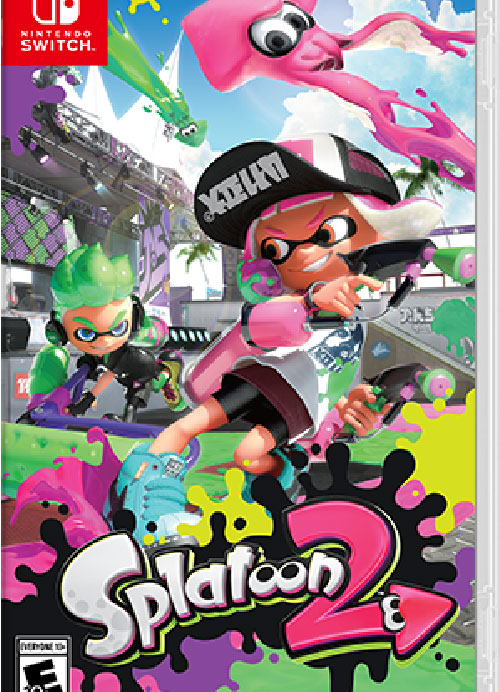 Only Nintendo could combine paintball, squid-people, and '90s kid culture to make a hit competitive team shooter like Splatoon. And with it arriving so late in the Wii U's lifespan, it's only natural that Splatoon 2 would be an early release on the Nintendo Switch.

In this splat-tastic sequel, players will dive headfirst into the world of Inkopolis, where one of the Squid Sisters has gone missing and the betentacled Octarians are acting fishy again. Turf War is is back, too, with new weapons, new battlefields, and improved mechanics, plus players will likely find the Switch Joy-Cons more suited to Splatoon than the Wii U gamepad was. Splatoon 2 will also introduce a brand new 4-player co-op mode, Salmon Run, in which players will work together to fight off waves of Salmonids and collect Power Eggs. Splatoon fans will be swimming in new features as they claim their territory in Splatoon 2!

Get ready to get inked! Splatoon 2 splatters onto the Nintendo Switch on July 21, 2017! Pre-order it today and get 25% off on a pre-played game or DVD!