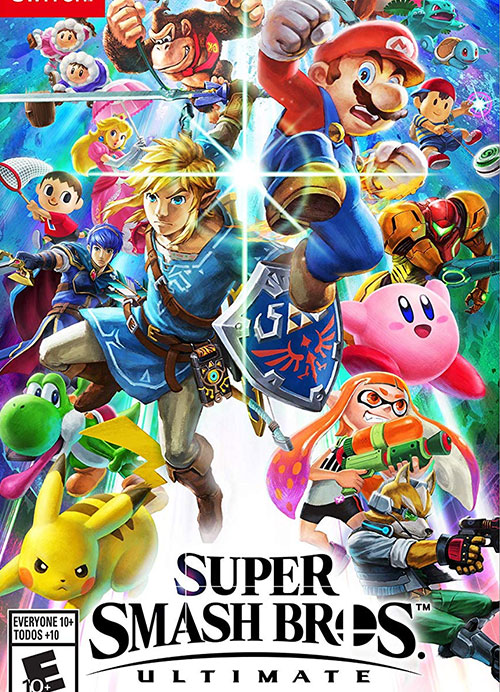 If you thought every Nintendo get-together was a Mario Party, you thought wrong. Sometimes Mario, Link, Kirby, Pikachu, and friends just can't get along--and then it's time to settle it in Smash! Super Smash Bros. Ultimate takes the king of crossover fighting games and reunites every member of its star-studded cast; from the original N64 classic, to tournament favorite Melee, to the new generation--plus some long-awaited newcomers like Ridley and King K. Rool.

Fight for fun and for glory with a roster of over 70 characters (and growing) from Nintendo's greatest franchises (and guests, like Sonic the Hedgehog and Solid Snake) through dynamic levels littered with familiar items and unexpected hazards. This is the Smash you've been waiting for!

New Challenger Approaching!! It's Super Smash Bros. Ultimate for Nintendo Switch, arriving December 7th. Pre-order your copy today and get 25% OFF a pre-played game or movie!